Out of approximately 320,000 Finnish domain names 80% are held by businesses and organisations. 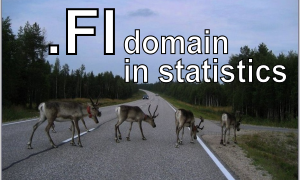 There are no restrictions for registering a .FI domain name.

Enter the .fi domain name you wish to register, or select an extension group and click search button