Trends continue in regional distribution of .DE domains in Germany 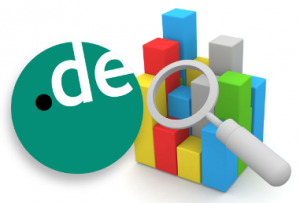 Despite the slowdown in domain registrations in 2012, German domain .DE secured its position as number one ccTLD. At the end of 2012 there were about 15.3 million .DE registrations with 14.3 million of these registered in Germany, even though .DE domain can be registered by anyone anywhere. The majority of the remaining 860,000 plus domains were registered in the United States, Switzerland and The Netherlands as well as other parts of the world.

The German ccTLD has lead the way as the world’s number one ccTLD for some time now, briefly halted by the Chinese country code TLD .CN which is expected to slowly rebuild and strengthen its footing, one day regaining the top position.

The 2012 regional distribution of .DE domains in Germany – trends continue

The German domain registration authority, has released the results of the regional domain statistics for the year 2012. It covers 14.3 million domains in 402 towns and districts of Germany. In addition, these numbers supplemented by more than 860,000 domains of holders residing abroad. At the end of 2012, the total number of .DE domains registered was about 15.3 million. In spite of the slow down in domain registrations, the general trend of domain growth in 2012 followed the pattern of the preceding years.

Absolute domain figures show that the leading municipalities remain unchanged. Berlin still is the unquestioned number one in the general ranking of the cities with 884,053 domains, followed by Munich with 595,878 domains and Hamburg with 584,036 domains in third position. Nevertheless, among the incorporated cities, Berlin does not come first when it comes to the number of .DE domains compared to the number of inhabitants: it is Osnabruck that ranks highest with 902 .DE domains per 1 000 inhabitants. The second and third positions are held by Munich (440) and Bonn (429) respectively. In the administrative districts category, Amberg-Sulzbach (916) still holds its number one position. Similar to last year, Starnberg (487) and Freising (464) rank second and third, greatly exceeding the Federal average registration numbers of 175 domains per 1,000 inhabitants.

Within the federal-state level, the uncontested leader remains the city state of Hamburg with 327 domains per 1,000 inhabitants leaving Berlin (255) and the territorial state of Bavaria (213) far behind. Saxony-Anhalt again has the lowest number of domains per capita (100) with Mecklenburg-Vorpommern and Thuringia being just slightly ahead with 102 domains respectively. Looking at the general growth rates, however, all of the new federal states outperform the national average of 3.9 percent. With respect to Germany’s old federal states, the highest scoring city states are Berlin (5.2%) and Hamburg (5%) as well as the federal state of Lower Saxony (5.3%). Bavaria trails behind with the lowest growth rate of 1.8 percent but when it comes to absolute numbers the Free State of Bavaria holds the second position with nearly 2.7 million .DE domains following North Rhine Westphalia with 3.2 million .DE domains.

The total domain growth rate in the years 2011 to 2012 dropped to 3.7 percent compared to 5.0 percent in the years 2010 to 2011. This is a year-on-year increase of about 543,000 domains (the previous year: 702,000). This number is supplemented by 860,000 domains of holders whose place of residence is outside of Germany which make up for about 5.7 percent of the total number of domains registered under .DE TLD. The highest demand for German domains is predominantly in the United States (13%), Switzerland (11%) and the Netherlands (10%). On the whole, on 31 December 2012, 15,283,687 domains were registered with German domain authority. Statistically, one out of five inhabitants of the Federal Republic of Germany has registered a .DE domain. Thus, Germany holds place four in the world following the Netherlands, Switzerland and Denmark.

To register a German domain name, enter desired name in the search form below or simply contact Web Solutions. An experienced team of consultants is ready to take you step by step through a registration process and answer any questions you might have regarding application for a German domain name. To contact Web Solutions, send an email on sales@web-solutions.eu or call on 44 (0) 20 4571 1971.

Enter the .de domain name you wish to register, or select an extension group and click search button